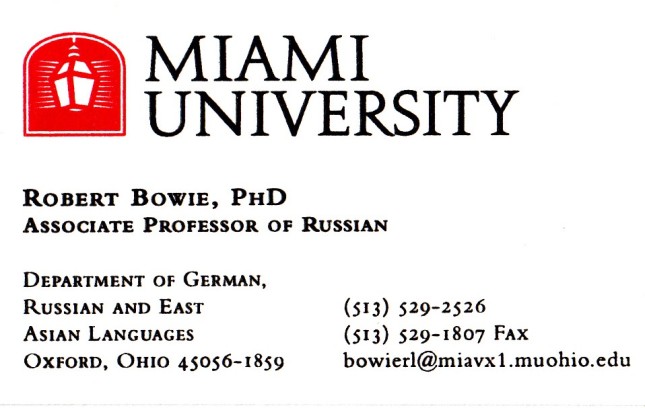 In addition to teaching, duties at Miami University included administrative work as head of the Russian Section in the Department of German, Russian, and East Asian Languages

Courses taught: (1) Seminar on the writer Ivan Bunin (in Russian) (2) Literary translation, Russian to English and English to Russian (in Russian and English) (3) Course on reading American and British newspapers (in English).

During my one-year stay in the Russian Federation, I gave lectures on the writer Ivan Bunin (all in Russian) in the following cities: Smolensk, St. Petersburg, Yelets, Voronezh; in addition to my teaching duties at Novgorod University, I presented two lectures there for the general public on the writer Vladimir Nabokov

From 1989 to 1999 served on editorial board of The Journal of Modern Literature, in charge of submissions on Russian literature

Academic experience in Russia and The Soviet Union: 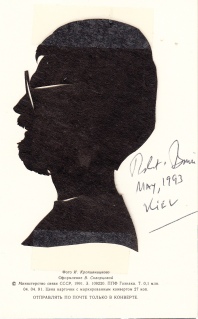 Sama Seeker in the Time of the End Times: Reminiscences of a Life in the Spook Trade, While in Search of Osama bin Laden, A Spy Novel (Ogee Zakamora Publications, 2019)

Such Is the Scent of Our Sweet Opalescence: Short Stories, also an audiobook (Ogee Zakamora Publications, 2018)

One Ton: The True and Heartrending Tale of a Fatboy’s Triumph (Ogee Zakamora Publications, 2018)

The Tale of the Bastard Feverfew, a novel (Ogee Zakamora Publications, 2015).

Translations from the Russian:

R. Bowie, A Roast for Coach Dan Spear, a memoir that reads like a novel (Ogee Zakamora Publications,1997).

“Dostoevshchina in the Life and Works of Ivan Bunin,” in the book, Bunin: Pro et Contra (ed. By V. Averin), St. Petersburg University, 2002 (article in Russian)

“Freedom and Art in A Clockwork Orange: Anthony Burgess and the Christian Premises of Dostoevsky,” Thought, A Review of Culture and Idea, Dec., 1981 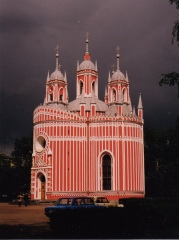 Series of Lectures at Cornell University, Apr., 1997: (1) On developing a university course in Russian folklore (2) On materials and teaching methods: how to build large enrollments in a folklore course (a seminar for graduate students) (3) On the history of the Romanov tsars, as manifested in the buildings and statues of St. Petersburg (slide lecture)

Book Review Articles and Articles on Literature Posted on Blog, “U.R. Bowie on Russian Literature,” and in Dactyl Review, 2014-2019:

“A Personal and Critical Essay on Flannery O’Connor”

“The Great Boondoggle of the American Short Story.” On the poor quality of American short-story writing, as a result of the MFA’s overweening influence on writing and American literary journals’ habit of publishing egregious “domestic literary fiction.”

“On Literary Translation: Sympathy for the Traitor, A Translation Manifesto, by Mark Polizzotti”

Italo Calvino, If on a winter’s night a traveler, translated from the Italian by William Weaver (Harcourt Brace Jovanovich, 1981) 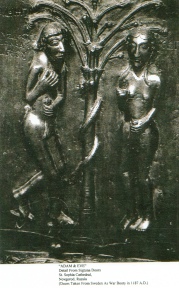 Adam and Eve, on Sigtuna Doors. Side entrance to oldest Christian church in Russia: St. Sophia’s Cathedral in Novgorod.

A direct link to my blog on Amazon about Russian Literature –

Russian Bears, looking out at sea

Alexander F. Zweers. The Narratology of the Autobiography: An Analysis of the Literary Devices Employed in Ivan Bunin’s “The Life of Arseniev.” In Canadian-American Slavic Studies (Vol. 66, 1999), 453-55. 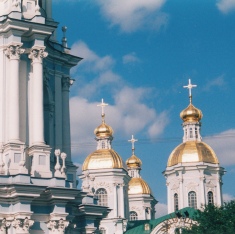 Aug., 2006: Worked as consultant in a one-day cross-cultural seminar for a Russian family recently relocated to the U.S. Seminar held in Waukesha, WI, organized by Dean Foster Associates

Church of Synaxis of the Godmother (1552) – Kostroma, Russia

Jan., 1997: Served as translator and intermediary for Russian and American businessmen at the Russian-American Symposium on Investment, Harvard University

Mar. 16-18, 1984: Participated in seminar/workshop on the Rassias Method of language instruction, Dartmouth College 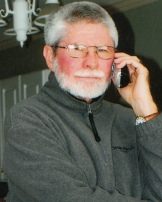 May, 1996: Coordinated seminars on mutual funds run by PaineWebber, St. Petersburg, Russia. Duties included organizing the seminars and recruiting Russians to attend from three different cities. Served as intermediary, facilitator and translator during the seminars and in ancillary meetings—at the International Banking Institute, with representatives of the city of Saratov, in phone conversations with the head of a Moscow investment firm.

June, 1993: Presented seminars on fund raising for local Red Cross workers, under the auspices of the International Red Cross, in Kiev, Ukraine, and Minsk, Belorussia. Organized the seminars and helped with logistics and translation, gave a two-hour presentation in Russian on corporate fund raising.

Summer, 1992: Worked as translator, freight courier and jack of all trades for the International Red Cross and Red Crescent in Central Asia. Duties included monitoring the visiting nurses program in Kazakhstan and Kyrgyzstan, transporting a copy machine from Moscow to Alma Ata, translating for meetings in Bishkek, Taldy Kurgan, and Samarkand (Kazakhstan and Uzbekistan). 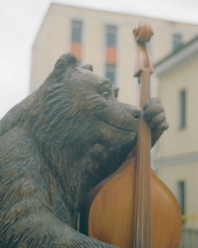 Articles Posted on JRL (Johnson’s Russia List, a daily compendium of all things Russian), 2008-2009 (some of these articles now posted on blog, “U.R. Bowie on Russian Literature”):

“The Dancing Bear in the Grand Russian Round and Round (Russian Mindsets Series),” JRL-2008, #110 (this article is also posted on my blog, “U.R. Bowie on Russian Literature”).

“The Coming of the Sythians,” reply to Mark Medish, “Russia’s Road Rage,” JRL-2008, Item No. 21 (this article also now available on my blog, “U.R. Bowie on Russian Literature.”